Scroll to Discover
back to top
04
June

Right now, if you work for a non-profit, you have a problem: Australians just don’t trust you.

It’s been slipping for a few years now and according to a major report released last year, it won’t stop – not unless some serious changes are made, and donor expectations are met.

So before we let you know why trust is so dire and what you can do about it, let’s look at the facts.

The 2017 Edelman Trust Barometer is a global survey spanning 28 countries. It revealed that trust has declined in all four institutions – government, business, media and NGOs – for the second consecutive year.

In fact, trust in non-profit organisations fell from 52 to 48 percent, making Aussie institutions among the least trusted in the world.

An article by The Age summed it up when they said charities are simply not delivering what they promised. Coupled with terms such as ‘chugger’ (short for ‘charity mugger’) now part of the vernacular, and it’s easy to see that trust is waning and charity fatigue is setting in.

Why is this happening?

The answer is complex.

For a start, our culture has shifted to one of mobility, impatience and instant gratification. We want information now. We expect it. Demand it. If we don’t get it, we start to look elsewhere. So if you’re asking the next generation to give you money, it’s simply not good enough to provide them with an update 12 months later in your annual newsletter.

If that’s your plan, you’ll lose them. Why should they give, and wait for an update, when there are channels available that provide fast, efficient communication with real-time updates?

On the back of that, the continued lack of transparency does nothing but harm organisations and adds to the perception that charities are no longer champions of the people.

“15 cents of every dollar goes on fundraising costs …”

“80% of your donation goes straight to our programs …”

Statements like these are everywhere. And they pose big questions. What exactly are ‘fundraising costs’? If I donate, does my money go into a pool to be used at the organisation’s discretion? Does it even reach the person I want to help? How much is chewed up in red tape and staff salaries?

And while big charities can’t compete with online platforms or individuals that cut out the middleman, so to speak, there’s a lot to learn from this new approach to fundraising.

Humans of New York started eight years ago as a photography project. Its creator, Brandon Stanton, had a goal to photograph 10,000 New Yorkers on the street. But something changed when he began interviewing them too, and posting captions on his Instagram page alongside their portrait.

People loved it. As he gained momentum – and 20 million loyal, engaged and highly active followers – he started to travel, sharing stories of people from around the world. They were unfiltered. Hard-hitting. And with each post, they told the experiences and challenges people faced in different cultures, from Uganda and Pakistan to South Sudan, Vietnam, Mexico and more.

What’s incredible is how inclusive the HONY community has become. People comment, and Brandon replies. They genuinely care. So much so that a fundraising arm was started to directly help the people he featured.

That means, if a story is posted with a call for donations, tens of thousands of dollars can be raised in a matter of hours because people know exactly where their money will go. Sometimes, it’s the followers who ask to help, so touched by a single story.

They do this because Brandon has built an enormous amount of trust through his honesty, transparency and real-time updates. His audience feel valued. They’re making an impact and doing good, and they encourage others through their comments and likes.

We get that big charities can’t adopt this model. There are, after all, those costs every non-profit has to bear like salaries and fundraising expenses. So what’s the answer? Somewhere in the middle.

Here are four ways your organisation can repair and build trust with your donors:

While trust in institutions may be falling, there’s a parallel resurgence in the credibility of CEOs, directors and experts.

Find the leaders in your organisation and get them to communicate your message, rally support and push the issues that matter most. It’s likely your donors will know them, respect them, and be open to hearing from them. While not the same as using influencers (see our blog post for more), the impact will be similar.

2. Get social on mobile

If you haven’t already, look into what social media platforms might be right for your organisation. The rules are far more relaxed than a website, for example. The language can be more free, the tone lighter, and because of the fast-paced nature of these tools, it means real-time communication.

Once you’ve established an online presence, make the act of giving as seamless as possible. If you tell a story on Instagram, it’s crucial you don’t stop the flow – invest in the next generation of payment methods, like Apple Pay. Whatever you choose, keep the donor experience top of mind. Tell the story. Be responsive. Make it easy to give.

We talk in great deal about retention in a past blog, but let’s recap now.

A one-size-fits-all retention strategy will NOT work for every organisation. Your cause, your audience, your stories and history are different to the next non-profit, and should be taken into consideration when speaking with donors.

A good agency will help you sort through the madness and clean up your communications. That means profiling engaged donors in order to acquire new ones, tracking the churn to find those who are at-risk, moving supporters along the ladder of loyalty, and generating reliable income year after year.

There’s no point hiding how donations are used within your organisation. People see through that. And if you’re shady in your answers, donors will simply move on and find a charity they can trust.

Instead, be honest. Be open. But don’t make it the focus either. Often, the best strategy is to stay one-step ahead by owning your processes and practicing what we’ve talked about in this blog.

We’re not saying it’s all doom and gloom. With the rise of our instant culture, it’s actually an enormous opportunity to shuffle things around and try something different.

Don’t abandon what makes your organisation unique – its history and values, services and people are all worth mentioning and celebrating.

But what’s more important are the singular case studies. The ability to talk directly to your supporters and to show them, in real time, how their money is being used to make an impact.

If your fundraising has plateaued, it may be time for a change. That means openly and honestly looking at the stories you’re telling, the medium used, and the retention strategy in place. You can restore faith. You can build trust. And you most certainly can have loyal donors – you just need to move with the times.

Technology and Non-profits: Disruption or Improvement? 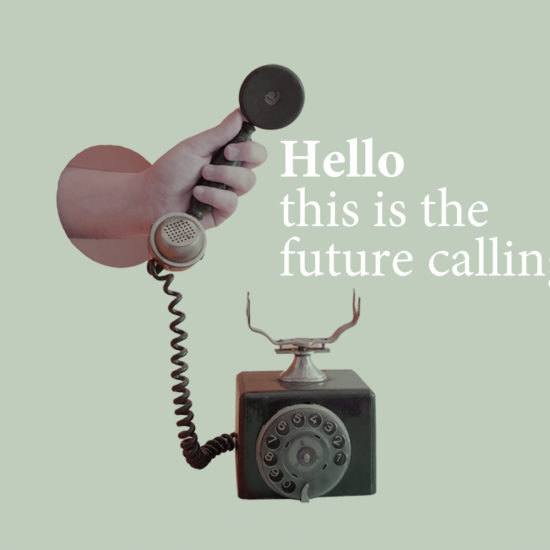